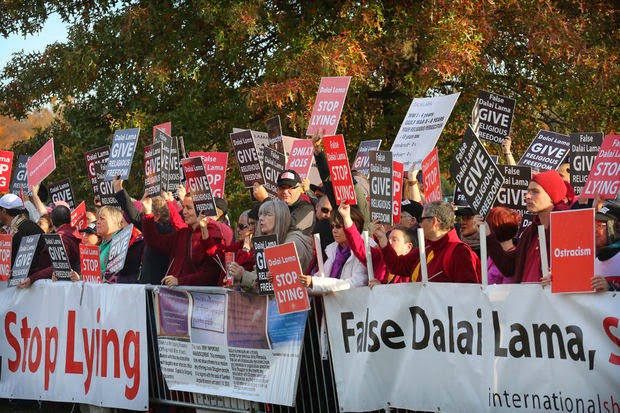 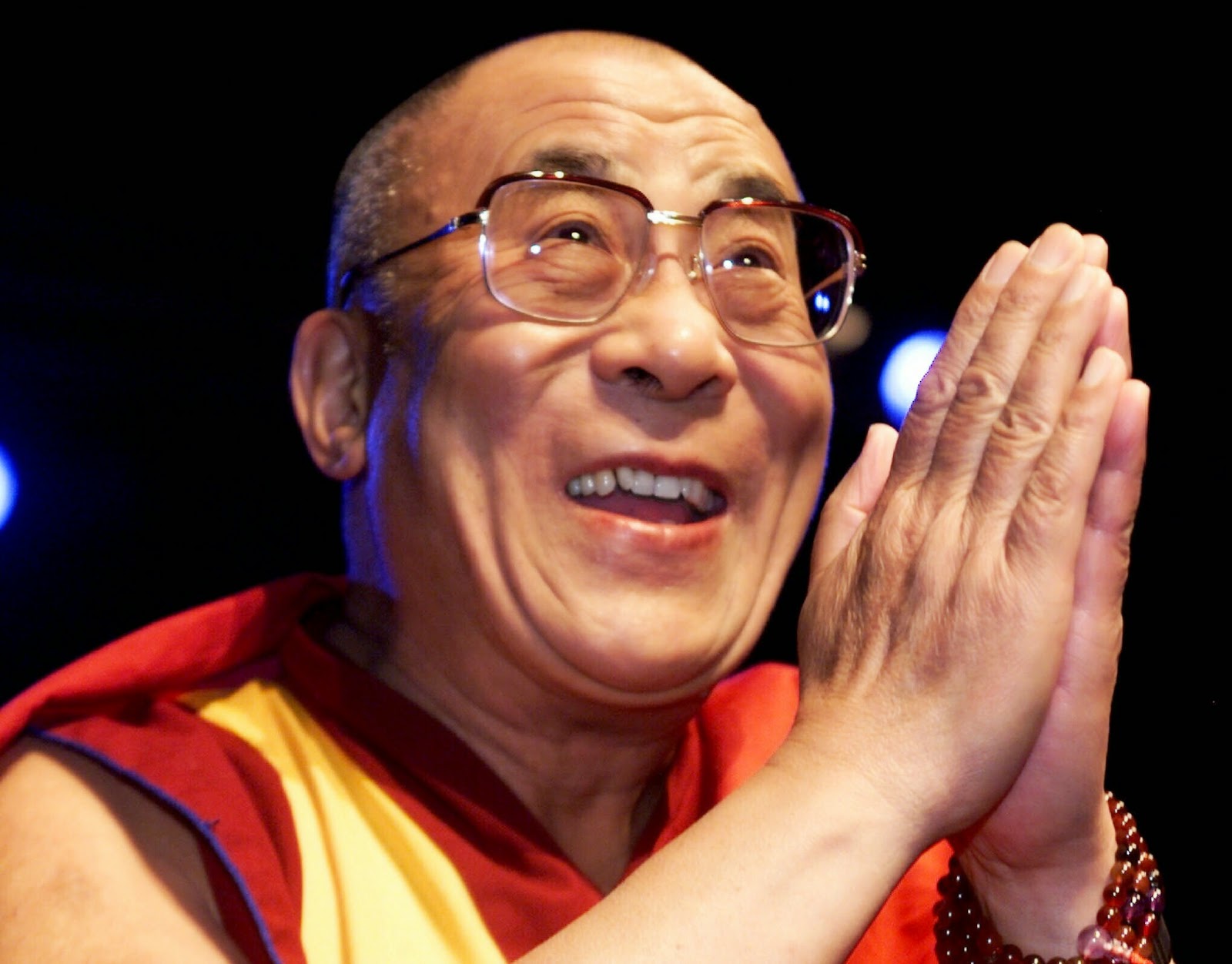 Why do people want to protest the Dalai Lama?

BIRMINGHAM, Alabama - Len Foley owns a business in Los Angeles, has a wife and a baby, and flies around the country protesting the Dalai Lama.

He's on his way to Birmingham this weekend for the Dalai Lama's visit here and will be protesting wherever the Tibetan spiritual leader speaks on Saturday and Sunday. He expects several hundred others to protest with him.

But why would anyone protest the Nobel Peace Prize-winning spiritual leader?

Foley said that in 1996, the Dalai Lama banned worship of the Buddhist deity Dorje Shugden and prayers to the deity that are said by millions of people worldwide.

Because of that, Tibetan Buddhists in their exile communities now enforce a strict ban on Shugden Buddhism and persecute its practitioners, said Foley, who practices Shugden and serves as a spokesman for the International Shugden Community.

"People are being killed, attacked and refused service in Tibetan exile communities," Foley said. "They're refused service at hospitals and restaurants. They are in horrible, abusive situations."

Many of the exiles live in Dharamshala, India, where the Tibetan exile government is located. China took control of Tibet in 1951 and Tibetan Buddhist leaders including the Dalai Lama fled from Tibet to India in 1959 after a failed uprising.

The Dalai Lama, in a speech in 2008 in Madison, Wisconsin, addressed the issue of Shugden, noting that it was a theological dispute that went back 370 years.

"Since '51 to early '70, I myself (was) also a sincere worshipper of this spirit," the Dalai Lama said. "I made great mistake with Dalai Lama's name to worship this, due to my junior tutor. So eventually, I noticed this (was) something wrong, as a result of reading the autobiography of the fifth Dalai Lama and then many reliable, well-known Gelugpa masters' biographies. Then it became clear, this is wrong. This is evil spirit."

The Dalai Lama personally stopped his own prayers to Dorje Shugden, also known as Dolgyal, or "demon king," a protector deity of the Gelug School of Tibetan Buddhism. "So therefore, eventually I noticed that and I dropped my practice," he said. "And then eventually made (that) known to those monasteries, to those scholars or monks."

According to the International Shugden Community, that led directly to persecution against them.

"People treat the Dalai Lama like a god and think of him like a god," Foley said. "The Dalai Lama has such a strong influence. He could end this in one moment. It's just a simple little Buddhist prayer we engage in. We don't mind that he has a different opinion."

Lama Tenzin Deshek, spiritual leader of the Losel Maitri Buddhist Center in Birmingham, said that the protesters are paid by China. "Where His Holiness goes, they always follow," he said. "These people get money from Communist China."

Deshek said that the Dalai Lama never banned Shugden. "This is a very complex issue," he said. "It's not a new issue. It's more than 300 years. He said, 'If you worship this, don't come to my teaching. I'm not saying you should stop.' He never said that they should stop. They keep lying. Absolutely not true. In order to get money from China, they have to say what Communist China says. They're doing this for the money."

While there were public protests in 1996 and 2008, the Shugden community stopped protests for awhile because the persecution seemed to lessen, Foley said. In the past year, the Dalai Lama has reiterated his opposition to Shugden privately to Tibetan Buddhist leaders, and they have been trying to stamp it out, resulting in increased persecution, Foley said. "He incites groups to go after Shugden practitioners," Foley said.

"We make prayers to increase peace and wisdom," said Lisette Salari, a British member of the International Shugden Community who takes part in the protests. "It's just prayers. He's just decided he decided he doesn't like it. He doesn't have to like it. He cannot use his political power and standing in the world to oppose people. All he has to say is of course people have religious freedom to pray as they want. "

"These are people from all over the world," Foley said. "All of us have better things to do. We're not crazy. We're normal people. How can you call someone crazy who's demonstrating in a loving way? We abide by all the laws, we do exactly what the police ask. If we don't do this, more horrible things will happen. It is just a horrible injustice. It wouldn't take much to stop this."

Foley said the situation for Shugden practitioners living among Tibetans in exile is precarious. They cannot hold office in the exile government and cannot get approval from the government to travel. ""They're in fear of their lives," Foley said. "We're here speaking on their behalf."

Foley said they want the Dalai Lama to say to his millions of worldwide followers that they should not persecute Shugden practictioners. "Put it on paper," Foley said. "Once he puts this on paper, it becomes law. Allow the 900 monks and nuns he kicked out back in the monastery. We'll be happy to go back to our lives."