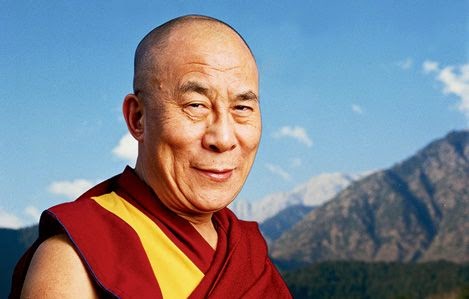 An ounce of prevention ... The Dalai Lama’s Heart-Mind Index

Six-year-old comic strip terror Calvin may love his tiger Hobbes, but his inability to resolve differences with others, engage with his studies and remain calm in a tough situation bodes ill for adult Calvin.

When Calvin isn’t pelting his classmate Suzy with snowballs or intimidating her with snowman armies, he is engaging in risky and destructive thrill-seeking or simply daydreaming away his hours in the classroom.

A recent article in the Proceedings of the Natural Institute of Science estimated Calvin’s annual property damage bill at around $1800, mainly in household items destroyed in conflict with his parents or experiments such as building a snowman indoors. Though Calvin never aged over the course of his life in Bill Watterson’s comic strip, research suggests adult Calvin may be heading for big trouble, imposing even greater costs on society.

“We know that social competencies are crucial for success both now and in the future, especially being college-ready and career-ready and having good relationships as an adult,” said Kim Schonert-Reichl, interim director of the University of British Columbia’s Human Early Learning Partnership, a research group specializing in childhood development.

The Dalai Lama’s Heart-Mind Index defines the social and emotional competencies, very accessibly, in five interrelated dimensions: Gets Along With Others, Compassionate and Kind, Solves Problems Peacefully, Secure and Calm, and Alert and Engaged.

“Poor Calvin seems to have vulnerability and deficits in all these areas,” she said. “We don’t know too much about Calvin’s early life, but trauma, stress and poverty can cause these kinds of difficulties and actually change your brain.”

Even if Calvin’s early years were uneventful, for a lot of children the structure and pace of school is a mismatch with their energy level and their need for autonomy, experimentation and exploration. Boys may feel particularly constrained by the feminized environment of elementary school, where rough play is discouraged and compliance is expected.

It is crucial to establish good social and emotional skills for boys and girls as early as possible, because adolescence is rife with new stresses and opportunities for anti-social behaviour, Schonert-Reichl explained.

Teaching kids how to play appropriately and resolve conflicts without violence, and that being hit with an icy snowball is not just painful but traumatizing, is key to keeping the Calvins of the world from sliding off the rails into self-destructive behaviour as adolescents or young adults.

“These are things kids aren’t born knowing,” she said. “If Calvin went through a social and emotional learning (SEL) program so he could learn how other people feel and resolve conflicts in way that is peaceful, then he could grow up into an adult who can succeed in school, work with others and, going into the workplace, he can manage his stress and work collaboratively.”

Without intervention, adult Calvin might be in for a rough time.

“In adulthood he is more likely to drop out of school, make less money, have poor relationships and to have substance abuse and mental health problems,” Schonert-Reichl said.

There is a growing body of evidence that the benefits of building social skills in children under the age of six extend well into adulthood.

“When you follow kids into adulthood, 15 or more years later, they are not only more highly educated and making more money, they have fewer mental health problems, said Schonert-Reichl.

Researchers from the United States, Canada and New Zealand followed a group of more than 1,000 children from birth to the age of 32 to determine if better self-control — defined as impulse control, ability to delay gratification and control emotions — would lead to better health and prosperity and discourage crime and substance abuse.

Not surprisingly, children with poor self-control were more at risk as adults of drug dependence and criminal conviction, more likely to be raising a child as a single parent and generally made less money. Self-control was at least as good predicting adult outcomes as intelligence and poverty, which the researchers note are far more difficult to fix. But social skills can be taught and they do help children overcome some of the damaging effects of poverty and even poor parenting.

“Even if a young child isn’t seeing a lot of empathy and compassion modelled at home, they are learning and getting the tools to help deal with those stresses while they are at school,” said Schonert-Reichl.

The value of nice

A variety of metrics have been employed to measure the success of so-called “interventions,” which might be anything from putting students through a formal curriculum on social awareness and engagement to employing co-operative problem-solving in schoolyard spats.

Researchers have focused on student and adult outcomes such as future wealth (it goes up), criminal activity (it goes down), future grades (they go up), risky sex and drug use (they both go down).

The downstream impact of social and emotional skills may be as big or bigger than academic skills.

The intentional focus on SEL in schools in its latest iteration has been around since the mid-’90s, sparked by the release of Daniel Goleman’s book Emotional Intelligence.

He made the case, backed by decades of research, that if you want to be successful in life it’s not so much about IQ as being able to manage your emotions, manage conflict in peaceful ways to show empathy for others.

IQ only predicts about 20 per cent of life success, said Schonert-Reichl, citing a study that followed high school valedictorians years after graduation and found that few of them were successful people, even after graduating at the top of their class.

Grades, it seems, are far less important in high school than the kind of person you are.

Research led by James Heckman of the University of Chicago found that high-school dropouts who later attained Grade 12 equivalency derived little if any benefit, earning the same wages as dropouts who never returned to their studies.

The same social and emotional deficiencies that cause students to leave school early prevent them from excelling in the workplace, despite having the same academic achievement scores as mainstream high school graduates.

Teaching a curriculum of compassion and caring in schools — in addition to traditional academic subjects — has long been known to decrease violence and substance abuse among student and it may also have measurable health benefits.

A study conducted by Schonert-Reichl in Vancouver schools found that, compared with a control group, students who volunteered working with small children for one-and-a-half hours a week over 10 weeks experienced lower blood cholesterol, improved immune function and reduced Body-Mass Index.

“I wanted to know if educating the heart through a short social intervention would actually improve heart health and it really did lower their risk for cardiovascular disease,” she said.

The results were published in the Journal of the American Medical Association Pediatrics, the first ever study of the physiological effects of volunteering in youth.

Harvard economists once famously calculated that an outstanding kindergarten teacher is worth about $320,000 per year, based on the increased future earnings of her pupils.

However, quantifying things like happiness, engagement and social skills in health care dollars or future income is a “struggle,”, and possibly misses the point, according to John Helliwell, UBC professor emeritus of economics, who specializes in well-being and social capital.

“It’s really getting the whole thing backwards,” he said. “This kind of learning builds strong values, empathy, social trust and cooperation skills and those gains are huge compared with what they would get from higher grades and the resulting higher income.”

“The whole idea is to make better lives for people and income is only a small part of that,” he explained. “It’s not just about holding a slightly better job, it’s about family and community, and these are things that benefit from SEL as well.”

While lower crime rates, lower health care costs and higher grades are “collateral effects” of SEL, “the happiness of the people living their lives should be the goal in itself,” he said.

“If the intervention was a small one, an extra $1,000 in income a year is a strong effect in cost-benefit terms, but the extra happiness you would get out of an extra $1,000 a year is much less than you’d get from having a friendly neighbourhood.”

Nonetheless, policy-makers like to point to benefits beyond whether people feel a little happier; they seem to prefer dollars and cents when deciding how to allocate finite public resources.

Clyde Hertzman, the late founding director of the Human Early Learning Partnership and chief architect of the Dalai Lama’s Heart-Mind Index, did just that, providing politicians and government officials with a strong economic argument for investing in children’s social development.

By Hertzman’s reckoning, 29 per cent of B.C. children arrive in kindergarten with at least one developmental vulnerability, most of them from middle-class families.

His 2009 study 15 by 15: A Comprehensive Policy Framework for Early Human Capital Investment in B.C. calculated the cost of that social skill deficit at about 20 per cent of Gross Domestic Product over 60 years.

“The economic value of this loss is equivalent to investing $401.5 billion today at a rate of 3.5-per-cent interest, even after paying for the social investment required to reduce vulnerability,” he wrote.

“The early years represent the unique window in the human life course during which citizens’ physical, socio-emotional and cognitive potential are especially malleable to the positive effects of strategic human capital investments,” according to Hertzman. “The interaction of nature and nurture ‘sculpts’ the developing brain and other biological systems such that children who do not benefit from optimally nurturing early environments risk genetic adaptations that will limit their lifelong well-being and productivity.”

Because measuring happiness is a relatively young pursuit, much of the existing literature notes the absence of negative outcomes such as depression, physical illness and drug addiction, rather than the existence of positive outcomes: health, wealth and contentment.

“Downstream outcomes of school-based social and emotional learning are only now being measured in positive space — how good are their lives and their positive states of mind — and that’s important because those positive states are a much better predictor of future health than the absence of negative states,” said Helliwell.

But new evidence suggests that a little happiness can go along way, spreading like a virus to everyone it touches.

“So, the evidence is that (building SEL skills) is a win-win, so it’s a risk worth taking.”